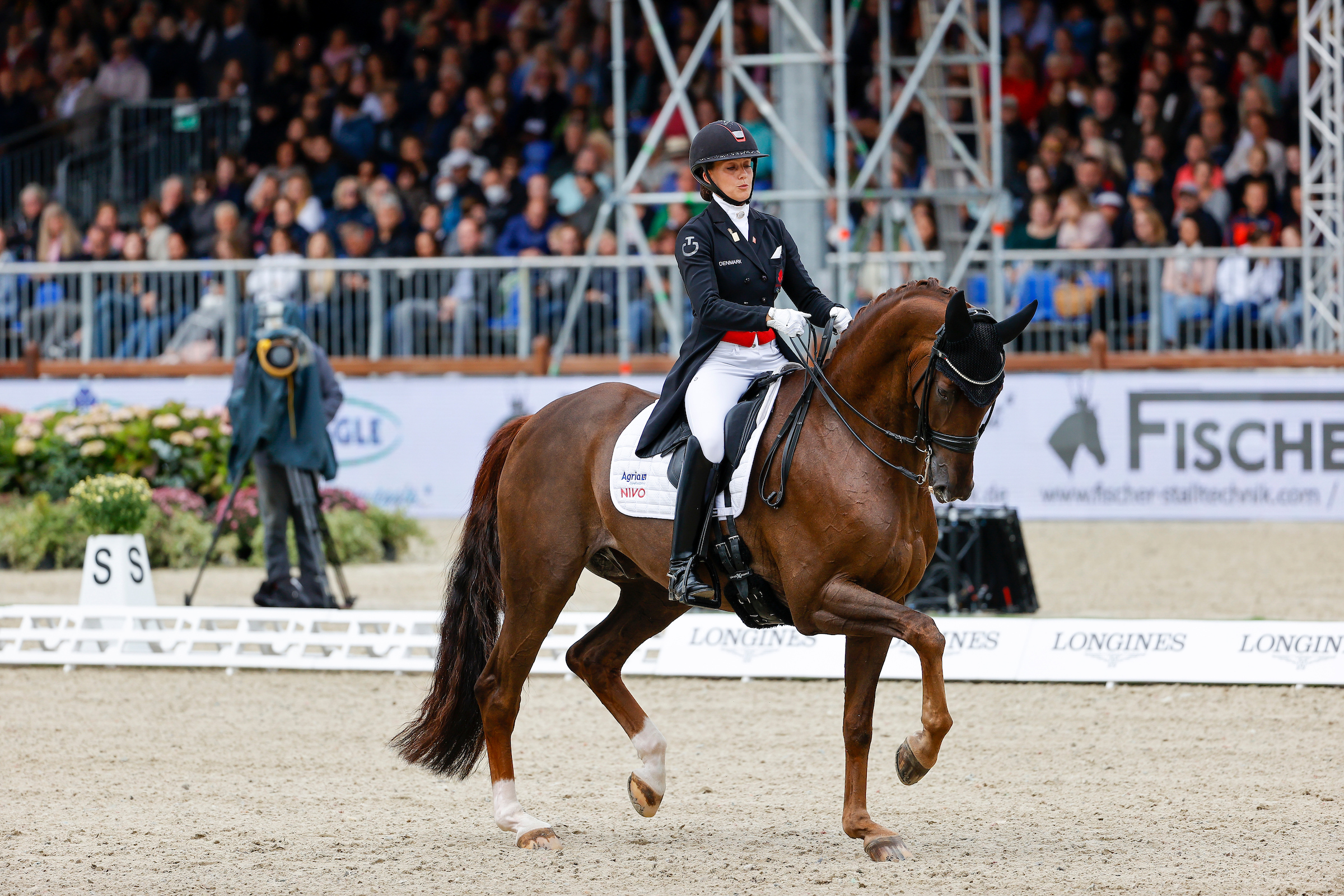 Hagen a.T.W. — The anticipation and excitement ahead of Horses & Dreams meets Canada, which starts next Wednesday, 20 April, at Hof Kasselmann, is especially high. Among the almost 300 riders entered in the various dressage and  jumping competitions, who have qualified from 33 different nations around the globe, and 600 horses, there are some established champions and numerous ambitious upcoming stars who want to demonstrate their skills at the start of the outdoor season.

Three international tours, from one-star to four-star level, as well as the two important national young horse series, the NÜRNBERGER BURG-POKAL and the Louisdor Prize, will make every dressage heart beat faster.

In every sport there are names that stand out because the best of the best leave their mark every year. Isabell Werth (Rheinberg) is one of these names. She can look back on many successful moments in the dressage arenas at the Borgberg, most recently in September at the FEI Dressage European Championships, where she won gold with the team and silver in the Grand Prix Special. Werth has nominated three horses, Emilio, DSP Quantaz and Suberb. The German colours will also be represented in the CDI4* Tour by Frederic Wandres (Hagen a.T.W.), Ingrid Klimke (Münster), Semmieke Rothenberger (Bad Homburg), Fabienne Müller-Lütkemeier (Paderborn), Hubertus Schmidt (Borchen-Etteln), Carina Scholz (Sassenberg) and Benjamin Werndl (Aubenhausen).

The Danish rider and world number two, Cathrine Dufour, is likely to pose a major threat to the victory with her top horse Bohemian, silver medallist at the European Championships. The Danish contingent is in great form at the moment. Daniel Bachmann Andersen, Charlotte Heering and Carina Cassøe Krüth will also be making the journey to Hagen a.T.W..

Ultimate showman and Horses & Dreams regular Patrik Kittel is on the entry list with his relatively new horses Blue Hors Zepter and Fuhur, as well as Touchdown and Forever Young, while Great Britain will be represented by Charlotte Fry, Lara Butler and Laura Tomlinson. Anna Buffini will fly the American flag with FRH Davinia La Douce. But the Canadian flag of the partner country will also be represented: Evi Strasser and Naïma Moreira Laliberté can already look back on a successful season in Wellington this year. Naïma Moreira Laliberté will be in Europe for the next few months in preparation for future Olympic Games and Championships. The 25-year-old rider, who was on Canada’s Olympic team in Tokyo last summer, will be based near Barcelona, Spain, but before that there will be a start with Statesman and Inspire at Horses & Dreams meets Canada.

“I’m having a great time so far at Hof Kasselman. It’s my first visit here with the horses and I’m very much looking forward to my first start Horses & Dreams. Everyone has been so nice and accommodating and the horses are enjoying their time here. The build up team is working hard to create the show atmosphere for next week, there is definitely a lot of construction and action here at the moment, which i’m using to my advantage to expose my younger horses and hopefully make it a positive experience to grow and mature.”

Horses & Dreams meets Canada will undoubtedly bring to light many more new talents over five days of first-class dressage and jumping. The event kicks off on Wednesday, April 20 with the CDI3* Grand Prix of the Aachener Dressur-Verein e.V. at 9:30 a.m. and the CSI2* Opening Jumping, Prize of Performance Sales International GmbH, from 11:30 a.m. Tickets are available at early-bird prices from Ticketmaster. Visitors can take advantage of a 10% Easter special on all day tickets until 18 April.